A stroll around the surroundings

Want to find out what to see in Tabiano Terme and its surroundings? On this page, we can tell you about some of the wonders of our region. 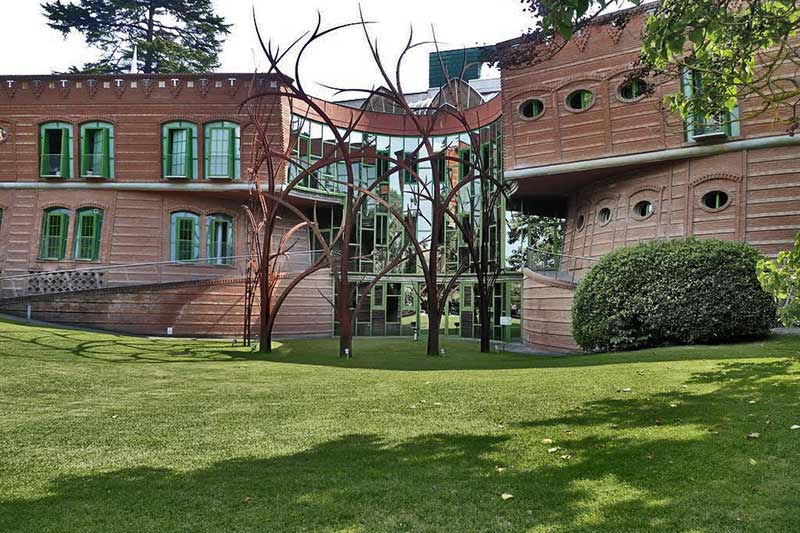 Relaxation is far and wide in Tabiano. In addition to a spa break at the “breathing spa”, you can take long walks in the country parks and under the arcades. You can take one of the many routes through the countryside, an excursion on foot or on bikes. Or, you can climb up to Tabiano Castle to visit the manor house founded more than a thousand years ago. 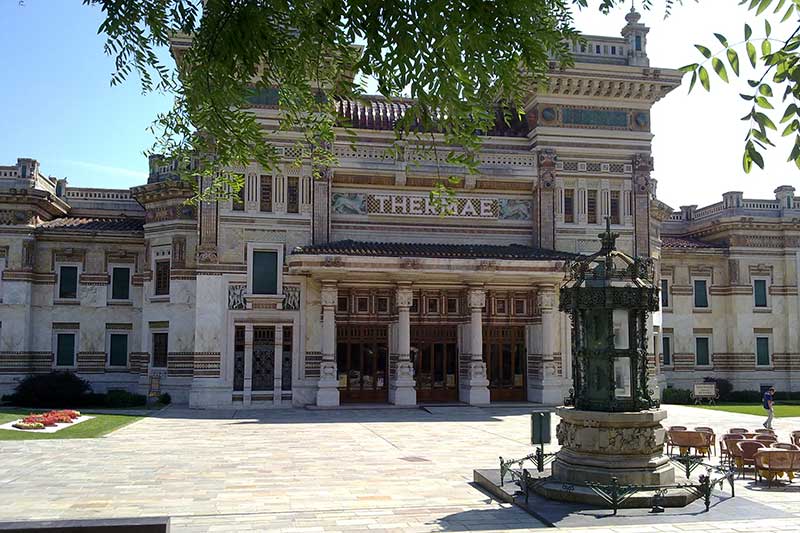 Salsomaggiore is among the most popular spa destinations. The Berzieri baths are a masterpiece of the Liberty. In addition to the classic treatments, at Berzieri there are also the Mari d’Oriente (Seas of the East): five hundred square metres of relaxation in the salsobromoiodic water. Wellness doesn’t just come from the spa treatments. In the city and its surroundings, you can enjoy many sport activities. You can swim, play tennis, go for a run or face the eighteen-hole golf course, a few minutes from the centre.
> 5 km away from Tabiano Terme. 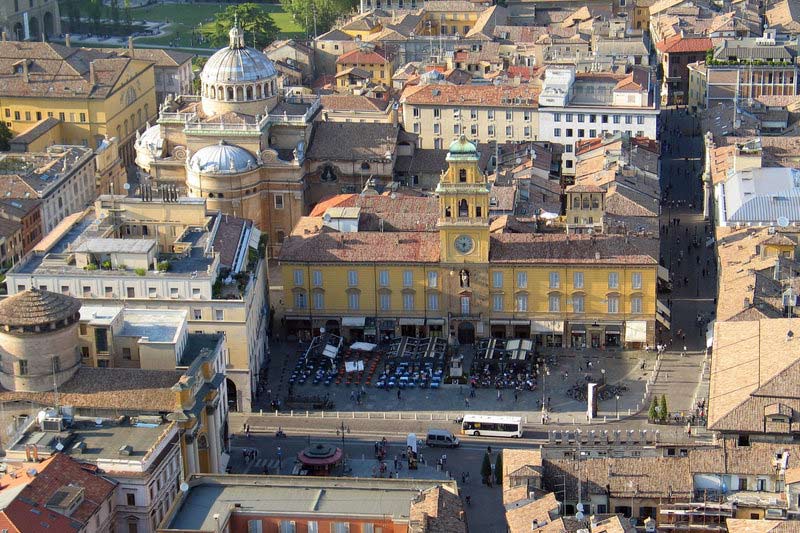 The old town is a real treasure chest of art. The Piazza del Duomo, with the Cathedral and Baptistery, is one of the most beautiful medieval squares in Italy. The masterpieces of Correggio are waiting for you in the Cathedral, the Monastery of St. Giovanni Evangelista and the Camera di San Paolo. A few steps away is the Teatro Regio, one of the temples of Italian opera. Do not miss a visit to the National Gallery in the Palazzo della Pilotta; among the many masterpieces there, there are also some exhibited works by Leonardo, Parmigianino and Tintoretto. Next to the National Gallery is the Teatro Farnese, a wooden masterpiece from the seventeenth century. Via Mazzini, Cavour and Via Strada Farini are the best streets for shopping. To take a break from the shops, go through the gates of the Ducal Park to enjoy a walk in the countryside.
> 30 km away from Tabiano Terme. 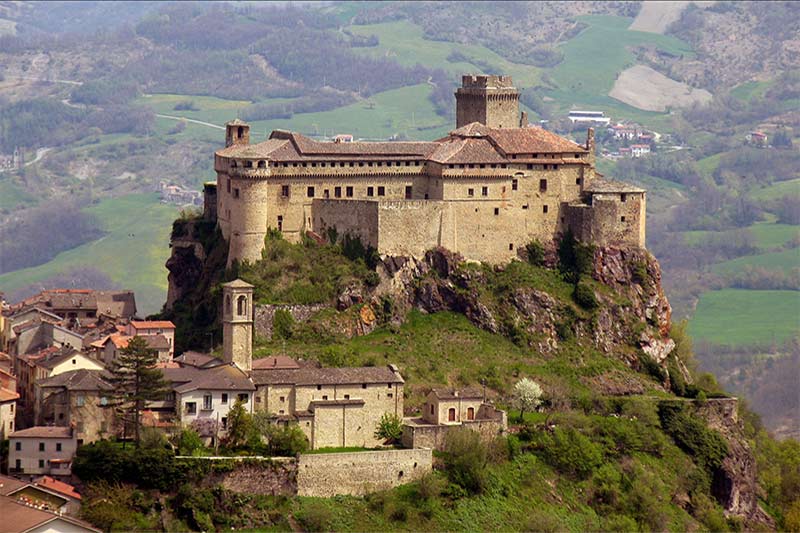 THE CASTLES OF THE DUCHY OF PARMA AND PIACENZA

There are more than twenty enchanted castles and fortresses awaiting you in the provinces of Parma and Piacenza. Not far from Salsomaggiore, you’ll find the Castello di Scipione, in Tabiano and the Visconti Fortress of Castell’Arquato, in one of the most beautiful villages in Italy. The Torrechiara Castle (Castello di Torrechiara) is striking to say the least, among the most unspoiled in Parma, and the Fortress of Bardi (Fortezza di Bardi), founded a thousand years ago on a buttress made of red jasper. Towards the south of Parma, a must-see is the Rocca di Soragna, a luxurious residence of the Meli Lupi Princes, and the Reggia di Colorno, a little Versailles a few minutes from Parma. 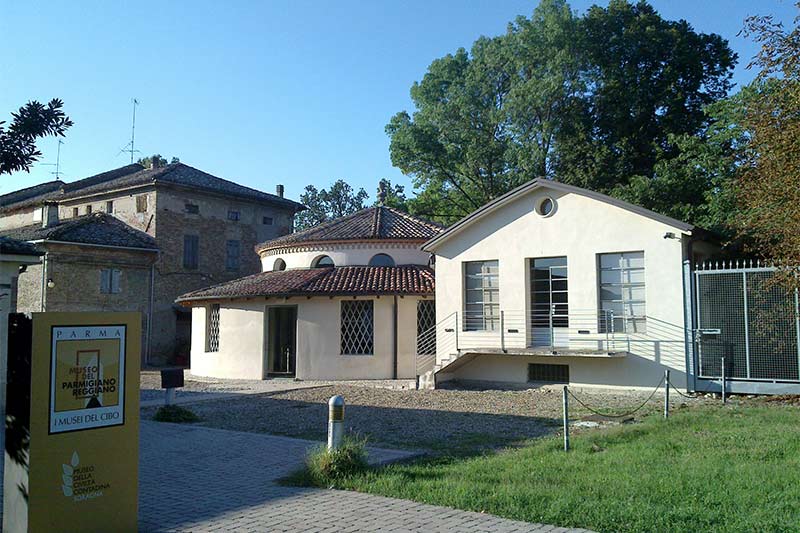 In addition to the guided tours around the cheese factories and delicatessens of the province, you can discover the history and marvels of the typical products of the Food Valley in the food museums. The Museum of Parmigiano Reggiano is in Soragna, in the shadow of the Rocca Meli Lupi. The Museum of Prosciutto di Parma is in Langhirano; the small capital of famous ham hosts the Festival of the Prosciutto di Parma every year. The Museum of Salame Felino is in the cellars of the castle of the same town, among the foothills of the Val Baganza. Finally, the Museum of the Pomodoro is in the Corte di Giarola. And the “Culatello”? To discover all the secrets of the king of meats, travel along the Strada del Culatello, a gastronomic adventure within the eight PDO municipalities.

For a journey in the footsteps of Giuseppe Verdi, you can start in Busseto. In the village, you can see the Teatro Verdi, Palazzo Orlandi, the home of the teacher in the mid-nineteenth century, and the Giuseppe Verdi National Museum, dedicated to the 27 operas of the composer. Just outside Busseto, in the hamlet of Roncole, you can visit his birthplace. Just across the border with Piacenza is the Villa Sant’Agata, Verdi’s country residence. 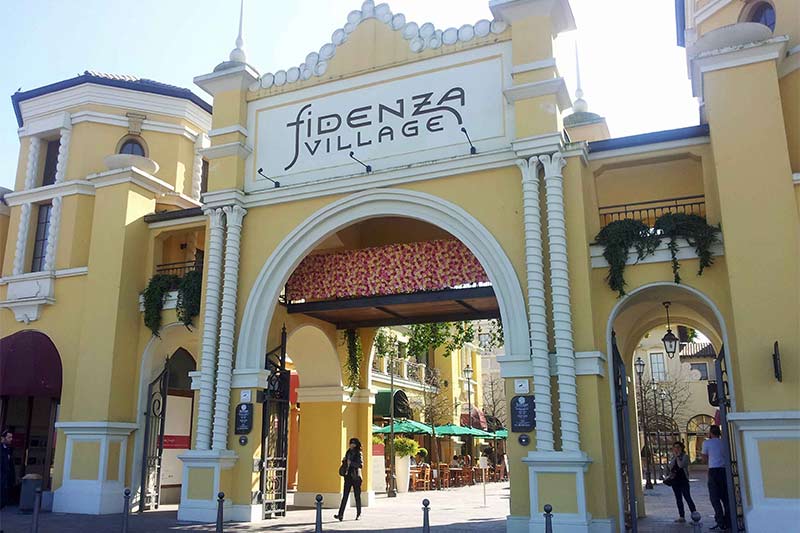 For a full day of shopping, visit Fidenza village, which has outlet stores with lots of clothing and accessories shops by the most fashionable brands. Many luxury boutiques, discounts and deals to dress well in any season.
> 13 km from Tabiano Terme.

The Masone Labyrinth is the largest maze made of bamboo in the world. The Masone Labyrinth, near Fontanellato, evolved from an idea of Italian art publisher Franco Maria Ricci. It is a unique cultural park in Italy, with an area of over five thousand square metres and exhibitions dedicated to the masterpieces of art.
> 16 km from Tabiano Terme.

Do you want to request a quote?

Send us a non-binding request, we will be happy to find the solution that best suits your needs! Contact us now!